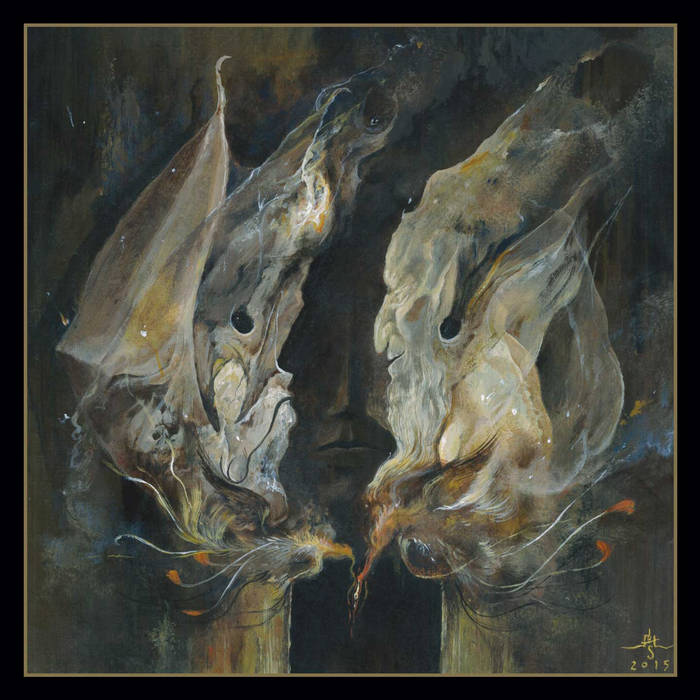 Ippocalyptica Clocking in at half the length of The Obsidian Codex, Malediction lacks none of the previous album’s ferocity while in some ways upping the level of intensity, with far fewer moments of relief from the relentless assault. This is war metal (that is, a certain style of black and death metal) in the tradition of bands like Diocletian, Altarage, Mitochondrion, Antediluvian, and Teitanblood, but less weird than Mitochondrion and less pummelling than Teitanblood, and with a generally more epic sound than any of these great bands. This is a great album to listen to as you descend into Hell. Favorite track: Devourer Of A Thousand Worlds.

Anthony Brilliant album. Get it in your ear holes.

Friend of the Night

VASSAFOR should need no introduction. For the past decade and a half, since the band's reactivation with their Demo II in 2005, this New Zealand cult have patiently plied their idiosyncratic craft, pushing the boundaries of black and death metal ever further whilst driving deep into each's collective core. Although some will argue that they reached their apotheosis with 2012's debut album, Obsidian Codex - a true, two-disc double album - VASSAFOR played their most daring hand with respective split LPs with comrades Sinistrous Diabolus and Temple Nightside. In miniature, these works amplified the simultaneously world-eating/ethereal textures that lay at the heart of the VASSAFOR aesthetic. Now, after an intense two years in the shadows, the band's grandest work is about to be revealed: Malediction.

Simply put, Malediction is a statement of intent. A purely Satanic album, in the band's eyes, and one which draws a line firmly in the sand, this is pure Southern Vassaforian Hell driven to the outer reaches of primitivism and transcendence. Here, VASSAFOR strip bare their most barbaric tendencies, down to their most unapologetic form, and build anew a temple of unimaginable might. The maw of chaos opens ever wide, beckoning the listener to submit and be devoured; meanwhile, tendrils of tension untether in a manner most ambient. If any of VASSAFOR's earlier work achieved a sense of vertigo - and it surely has - then Malediction is the band's most potent distillation/distortion of such yet. Across a time-evaporating/halting 50 minutes, each of the five tracks comprising Malediction work as mantra and spell simultaneously. Doom(ier) elements are largely traded for utter violence and virulence, which somehow makes the end result all the more stultifying and psychedelic in equal measure. Black Metal of Death: Southern Vassaforian HELL.

Armed with dreadnought decibels, Vassafor do the indoctrination - not the other way around. This is the Malediction you deserve. Begin the reckoning HERE!

Bandcamp Daily  your guide to the world of Bandcamp

Featuring Oakland sounds from the Smart Bomb collective and Samplelov.